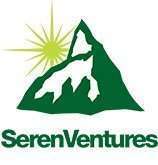 Betws-y-Coed meaning “Prayer Chapel in the Woods” is a beautiful village set in Snowdonia National Park. Its beauty attracted Victorian travellers and in particular many artists, inspired by the beautiful views.

Situated on the historically important London to Holyhead road, it also served as a stop for travellers passing through. Betws still retains its charm and now caters for the 21st century visitor. It’s not a place you will forget. The village and surrounding areas provide a wide range of accommodation from hotels and guest houses to traditional bed and breakfasts and self catering. We’ve provided a selection for you based on feedback from our clients.

There are a number of villages and towns close by, which provide further accommodation. We’ve provided links for you to look at in each area.

Llanberis – Slate village situated at the foot of Snowdon

Llanwrst – The historical market town of the Conwy valley, about 3 miles from Betws-y-Coed.